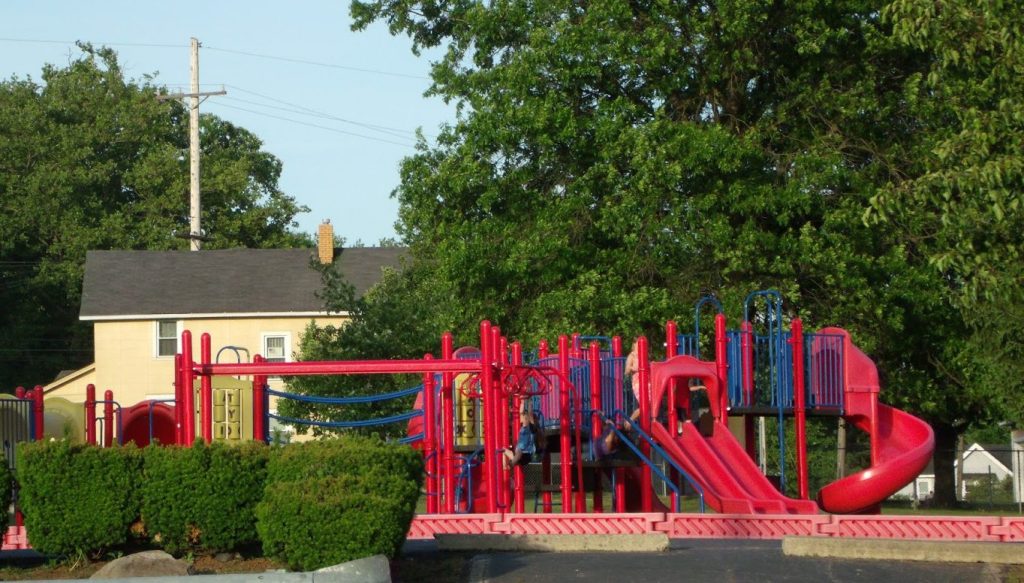 The park sits on 52 acres of land, that was donated to the city by the Waddell Family in July of 1929. The head of the family was Jacob D. Waddell, vice president of Empire Steel Corporation. He presented the city with the land to be used as a municipal park. It was located just outside the city limits between Park and Warren Ave. and on both sides of Lovers Lane. Mr. Waddell was hailed as “Niles’ Greatest Benefactor” for his generous gift. Plans to improve the land with electricity and sewage began immediately. By June 1930 a new baseball field was dedicated with Mrs. Waddell throwing out the first pitch. It was hoped that a swimming pool might someday be added to the park. The Waddells were the last residents of the Ward-Thomas House, now the museum of the Niles Historical Society.

Construction of the pool began in February 1934. The pool was dedicated Wednesday July 25,1934. The newspaper stated,” to several thousand swimming enthusiasts of the city, today marks a noted change from an unsanitary dirtied water creek swimming hole to the most modern and up-to-date pool.” S.J. Bonham, superintendent of Niles schools, delivered the address. A flag donated by Mrs. Waddell was raised. Niles had one of the most outstanding, modern, and largest civic pools in the state.

The pool has since been closed, but the City of Niles has some magnificent plans for Waddell Park’s future! These plans include attractions and facilities that will accommodate the vast hobbies of its citizens. You can view the presentation for the upcoming plans below!

Please click the above icon for the ‘DOG PARK’ rules